A simple 4x3 buffered multiple which can easily be fit on a 46x16 stripboard. The schematics are based on the 1161 Buffered Multiple from Sam Battle (aka LOOK MUM NO COMPUTER).

Alright, this is a very simple yet absolutely essential module in a modular synth: the buffered multiple.

Why is it called multiple? Because it’s makes multiple signals out of one by replicating it. What does buffered mean? In contrast to a passive multiple which is basically a cable distributor, a buffered multiple not only replicates the signal on each of its outputs, it also buffers them in the sense that it decouples it from the original current source. This essentially means that you can feed in a high impedance signal (which effectively means its voltage would collapse when it’s drained too hard) and you get a low impedance one.

This is a 4x3 multiple, so it provides 4 inputs and 3 outputs for each input. The circuit is fairly simple and consists of four quadruple opamps (TL074). Three of the opamps of each TL074 are used to buffer the outputs and one is to drive the corresponding LED. I recommend bipolar LEDs which will light up in different colours depending on the polarity of the voltage. It’s very useful (and cool looking) when you buffer for example LFO signals, so that you can see when the voltage is positive or negative. Be aware that LEDs have a forward voltage of usually a little more than one 1V (depending on the type), so you won’t see a any light when the signal is lower than that.

Below is the stipboard layout which can also be split in half easily in case you are a Eurorack builder or only want to build a 2x3. You can simply solder a 5x2 pin-header on the top 5 stripes and a female connector on the second board, so that you can connect the two halves. This method can also be used to make a 8x3 multiple and so on ;) 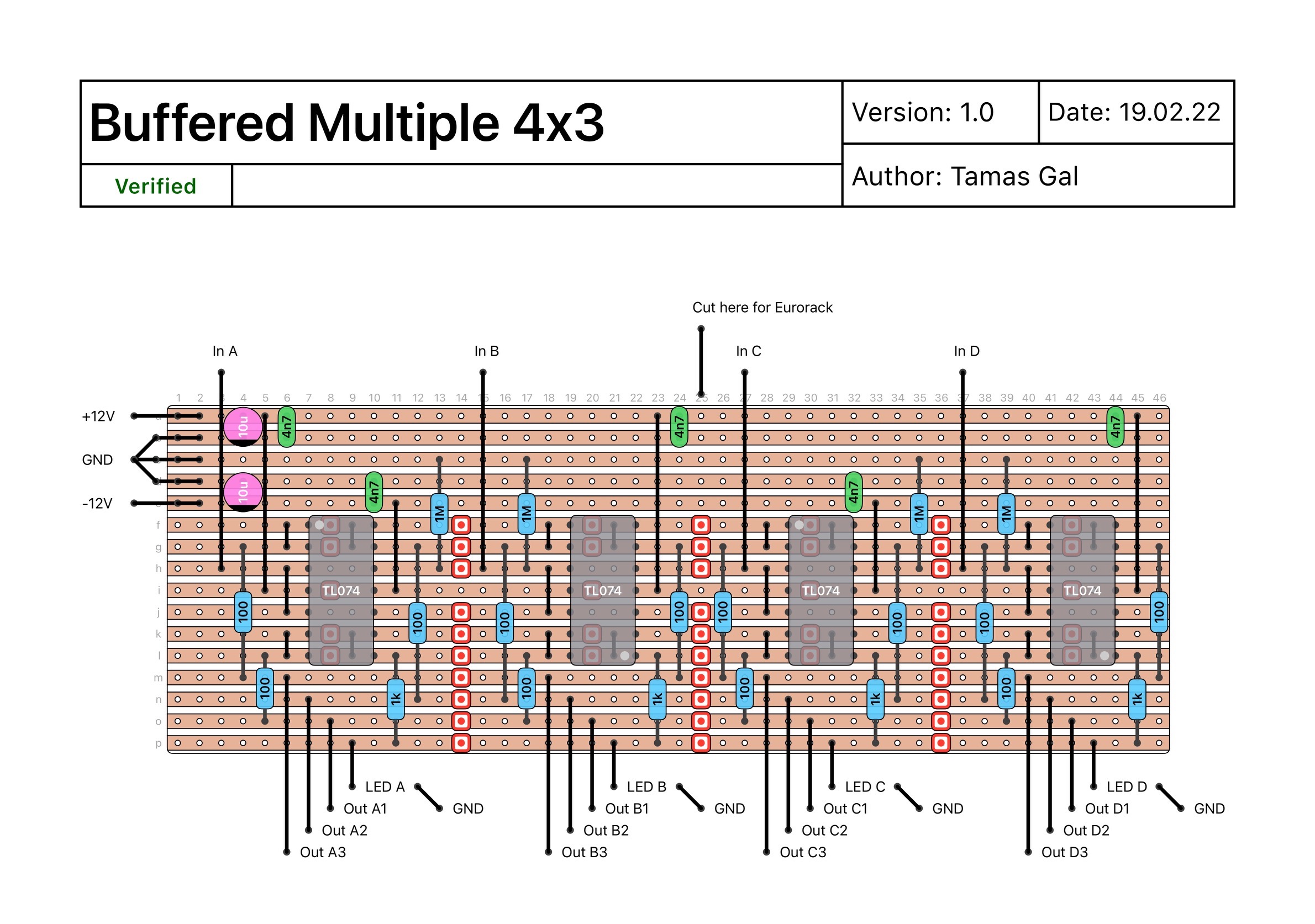 I made a 5cm x 20cm panel which is a perfect fit for my taste. I use 2mm aluminium sheets with the following panel layout: 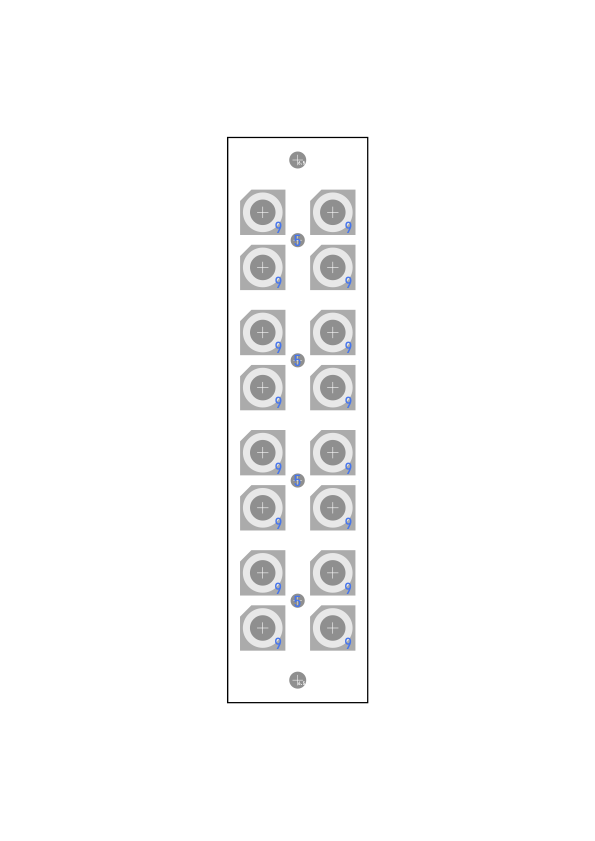 …and here is the finished panel with all the components mounted: